The First Year at Abingdon

As their first year at Abingdon drew to a close we asked Ethan, Henry and Lucas for advice they would give to boys starting in the First Year.

“Just don’t worry! There are lots of us and no matter who you are you will fit in.”

How were you feeling when you were about to start at Abingdon?

“Very nervous! I was the only person coming from my primary school and I was worried that I wouldn’t know anyone. I really wanted to go to the same school as my friends. Not having friends was my major concern.”

“But there was no need to worry – we started getting to know everyone even before term started as we had two days at school, making friends and finding our way around, before the other boys came back.”

“We were also paired up with the second year boys and they showed us the school and we soon made friends.”

Did you have any concerns about starting at Abingdon?

“Yes – Abingdon is big with so many facilities. I did used to get lost at first but if I was late for a lesson because I couldn’t find a room then no one minded, teachers were very kind and understanding when you are new. That doesn’t happen if I’m late now though!”

“Also the school day was long, I was worried I’d get back really late but what I didn’t realise is that it’s because of the Other Half that we do at the end of the day, and that’s great. There’s so much to choose from. I did get tired on the first few days but you soon get used to it.”

“I was worried that people would be really posh but no one is posh, that’s just a stereotype.”

How did you find the work?

“I was nervous about the homework as I hadn’t had any before but it was fine. It was a very gentle introduction and it wasn’t nearly as hard as I thought it was going to be!”

“I was worried I would have to work really hard. When I started I had barely heard of Latin but it was explained to us so well. We also didn’t do science very much at my old school so learning the separate sciences was different. The teachers are very good at explaining things though and it’s not hard.”

“I think one of the biggest changes from my primary school was moving around for different lessons in different rooms. At primary school we stayed in the same place and there wasn’t really a timetable but after a few days at Abingdon you pick it up really quickly.”

“The new houseroom. It’s separate from the rest of school and just for lower school boys so you get to know each other and it’s really friendly. You can chat, play games or if you want to be quiet there’s a ‘quiet room’ where you can go and read.” 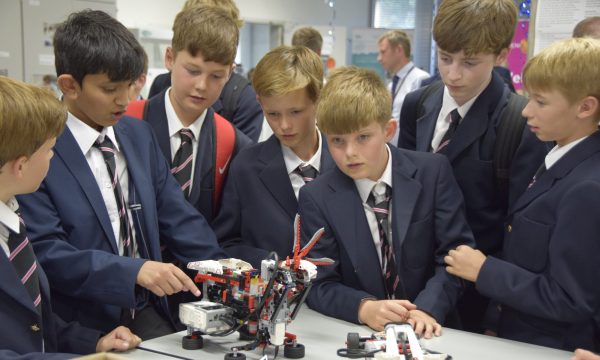 What Other Half activities do you do?

“Loads – I like trying out new sports mainly squash and tennis.”

“I really like drama and I’m in the Lower School production so that’s been good. I’ve also really enjoyed ceramics.”

“So far this year I have done Lego Architecture, art, rugby and football.
The facilities are fantastic; there’s a climbing wall, a DT room and a library. When we came on open day I couldn’t believe it. And there is so much to do. The Other Half is amazing.”

What would be your one tip for boys starting at Abingdon this year?

“Just don’t worry! There are lots of us and no matter who you are you will fit in.” 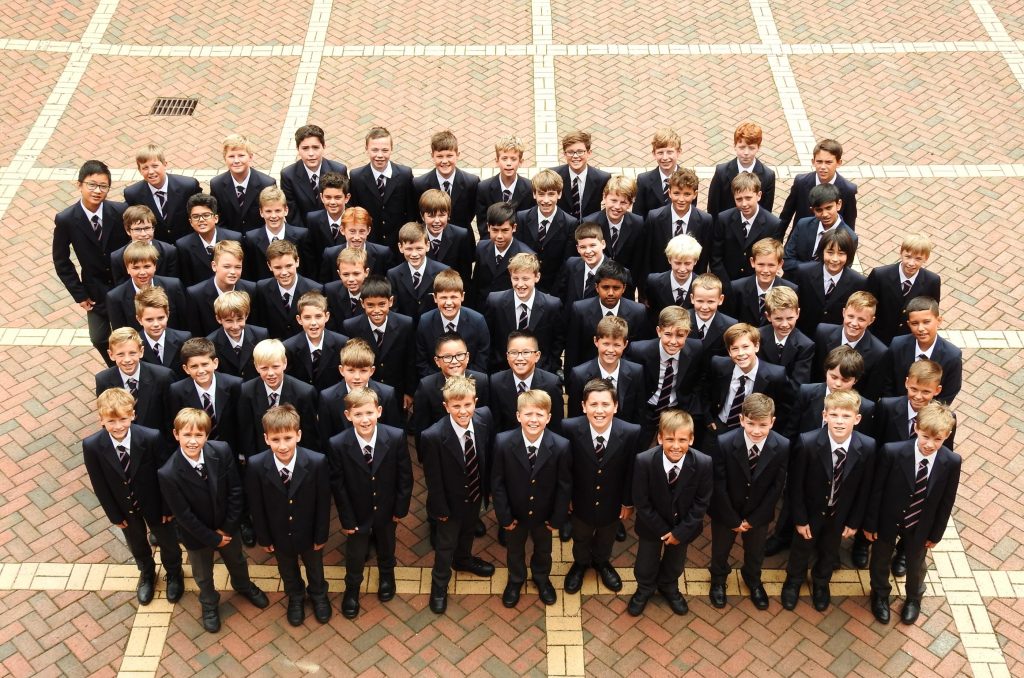 A culture of consideration and kindness

An Introduction to Abingdon
Be More Griffen Programme