The House – A Place to Be

We recognise that moving to senior school or sixth form is exciting but can also be a daunting prospect for many boys so we have a very successful house system that gives boys a place to belong within the school.

The House is both a physical entity as well as a group of pupils from a range of years. The houserooms are bespoke spaces where the boys can go for downtime with their friends, relax in at break, over lunchtime or after school, and provide somewhere where they can socialise or play pool, table tennis or work. We have designed the houserooms to be bright, modern and spacious where boys want to spend time, and as importantly to provide opportunities for peer mentoring. 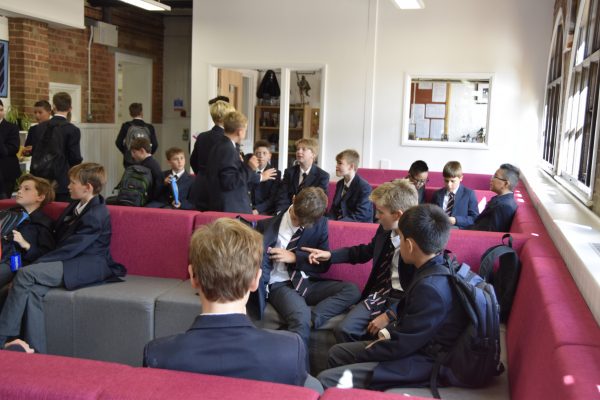 Boys who join us in the First Year, at age 11, join the Lower School under the care of the Lower School Housemaster. Their houseroom has recently been completely refurbished and has areas for games, socialising and quiet relaxation.

Boys joining us in the Third Year, at age 13, and when joining the Sixth Form, join one of nine houses: three houses cater for a mixture of boarders and dayboys and there is a further six dayboy houses. Each house is run by a housemaster who works closely with a team of tutors to safeguard and promote the welfare of boys in the house.

The housemasters stand “in loco parentis” to the boys in their house, while they are on school premises – and they will try to help them outside the school as well, with the co-operation of parents.

The housemasters are assisted by teams of tutors, who look after tutor groups within the houses.

At the beginning of the year, the tutor will check that timetables are in order, and, where necessary, will advise on courses and options. Besides overseeing a boy’s wellbeing, the tutor will also monitor his academic progress, and will write a general academic summary when school reports are issued.

All tutors see their tutees for a brief period every day. Tutor time for each boy amounts to at least one hour a week, in which tutor groups discuss topics such as choices, progress, current affairs and personal and social education. We regard this time as a crucial part of a boy’s educational experience at Abingdon. 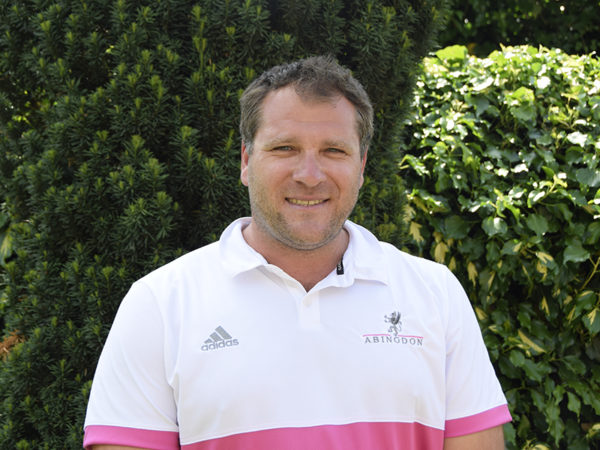 Educated at Kent College, Canterbury, James then represented Kent County Cricket Club for 6 years whilst gaining a degree in Sports Science and Geography. After working for two years at Bristol Grammar School, James completed his PGCE at the University of Bath, before working at Abbeyfield School for 7 years as a PE teacher and housemaster. James moved to Abingdon in 2014 as Director of Cricket and became housemaster of the renamed, Austin House in 2015. 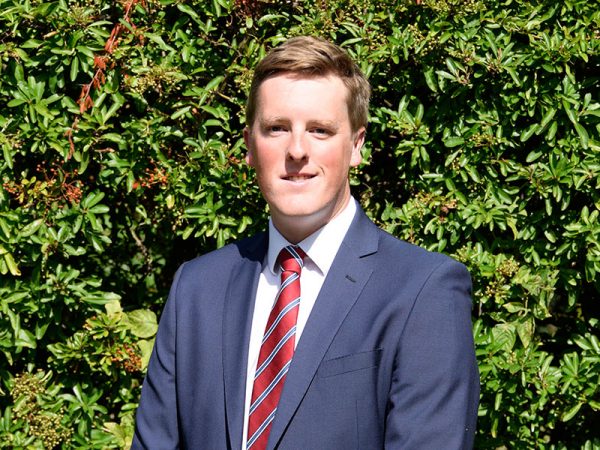 David was educated at Reading Blue Coat School before moving on to UWE to study Pharmaceuticals. Having been offered a scholarship place at Sandhurst, David decided instead to pursue a career in teaching so completed his PGCE at Christ Church, Oxford. He has taught Chemistry at Abingdon since 2012 and took over the position of housemaster in September 2016. Beyond the classroom David has been heavily involved in rowing since a young age and still competes as a veteran. He also enjoys American football, cooking, cycling, and travelling. 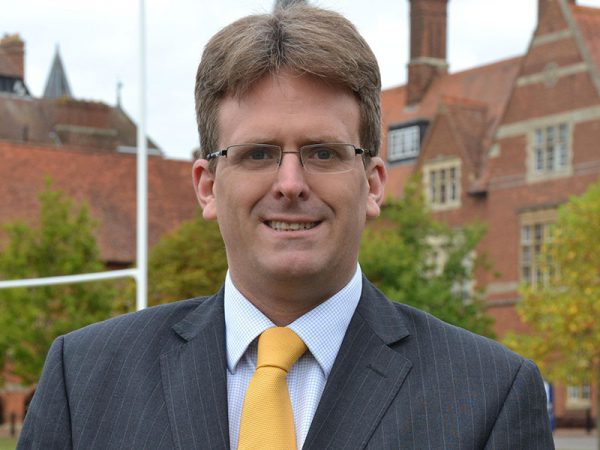 Matt studied Engineering at Cambridge before working for Unilever as a project manager for several years. After a career move into teaching he joined Abingdon as Housemaster of Crescent House in 2014, and became Head of Boarding in 2016. He teaches Mathematics and coaches rowing, as well as running the Codebreaking Club. Matt also enjoys cycling and pub quizzes. 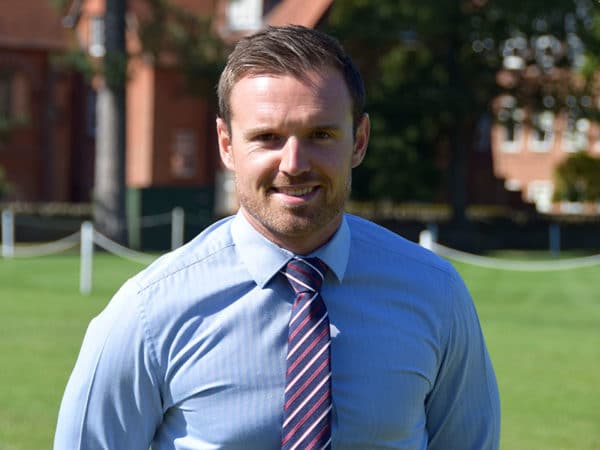 Educated at Kennet School, Tom graduated from Loughborough University in 2011 with a degree in Sport and Exercise Science. Keen to pursue a teaching career Tom joined Abingdon’s Sports Department after graduation. Tom has previously run the Swimming Club and the Football Club. An avid traveller, Tom’s favourite trips have included the Golden Triangle in Iceland, the Margaret River Valley in Western Australia and Table Mountain, South Africa. Following six years as a tutor, Tom became a housemaster in 2019. As well as enjoying good coffee and photography, Tom is an enthusiastic cricketer, coaching teams both in and out of school. 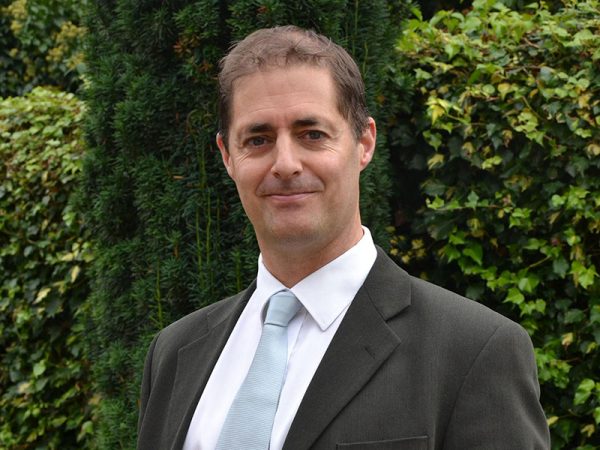 David read Classics at Oxford in the gaps between squash, table tennis and fencing. He pursued his research there for two years, and went on to teach at the Dragon and Harrow before discovering Abingdon. He has been in charge of squash here since then, and was Head of General Studies until taking over the house. His translations of Antigone and Bacchae are bestsellers for Cambridge UP.

Oxford physicist and golf Blue, Simon leapt at the chance to return to Oxfordshire and teach at Abingdon. He heads up the golf at school and took over as housemaster of the controversially apostrophized James’s in 2015. The House Charter, formulated by members of James’s, is founded on the values of positivity, determination, respect, loyalty and resilience. Mr James’s Instagram profile reads: Coffee addict & knitted tie obsessive. School master. Runner & pork pie enthusiast. Pro-tweed. 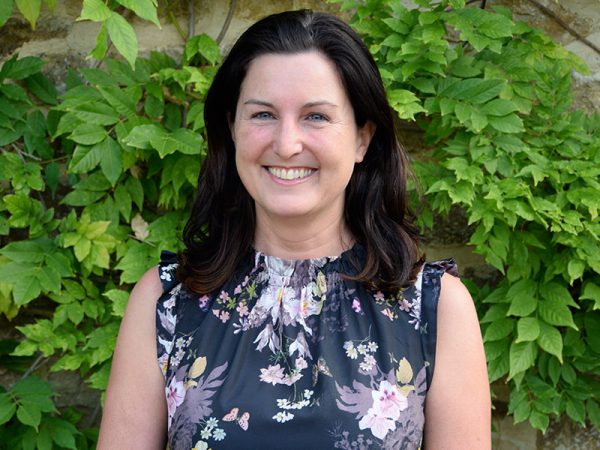 After completing a Foundation Course at Winchester College of Art, Emily studied Fine Art at Bretton Hall, University of Leeds. Deciding to have a break from her artistic endeavours she worked as a PA in a law firm and as a nanny in the USA. She returned to the UK as an Artist in Residence at King Edward’s School. This consolidated her desire to teach and she completed her PGCE at Cambridge University. Emily’s first position was at St Bartholomew’s School Newbury where she taught Art for 6 years. Emily joined Abingdon in 2008. She was Head of Art for 4 years before becoming a housemaster in September 2016. Emily’s Other Half activities have included cross-country and hockey but she currently focuses on art clubs. Outside of school she likes to travel, visit galleries and museums and keep fit. 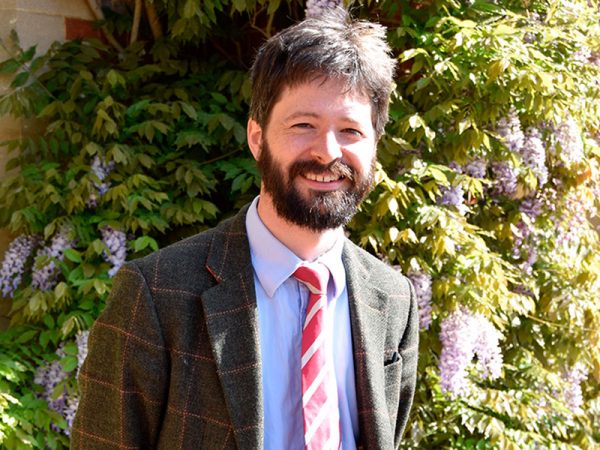 Richard studied Geography at Cambridge University and graduated in 2006. Despite the rest of his family being teachers, he left university to work for four years in international marketing as a graduate at Kingspan. A career in teaching was inevitable, however, and after a PGCE and Masters at Oxford, he worked at Hereford Cathedral School before spending four years at Magdalen College School, latterly as a Head of Year. 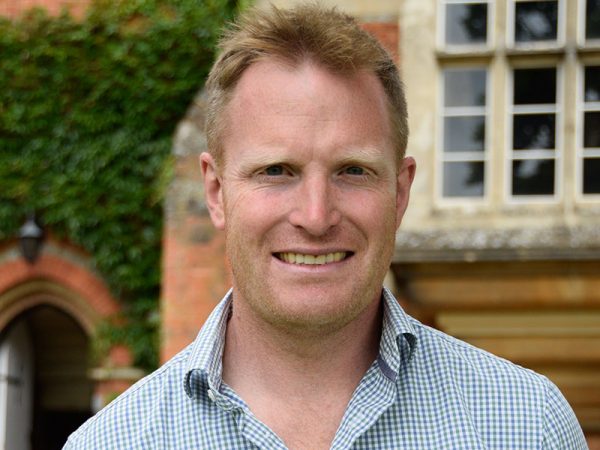 Mike, an Old Abingdonian, studied Chemistry at Manchester University. After graduating he travelled around South East Asia before returning to the UK to work as both a Sub-Contract Manager and Project Manager on a large international defence program. Teaching came calling in 2007 and he began his career teaching Chemistry at Abingdon where he is currently Head of School House. Mike really enjoyed sport at Abingdon and currently helps with cross-country, referees rugby occasionally, and coaches the J15C crew.

96 tutor groups - each boy is known and cared for

Our focus is on wellbeing